Stuart Curry Dentistry offers services in preventive dentistry, cosmetic dentistry, restorative dentistry, and implant dentistry to the community of Fairfield, AL. The patient’s comfort and ease are the primary focus of Dr. Stuart’s practice. The office works with patients to develop and implement a treatment program of optimal dental health with a functional, beautiful smile. The Stuart Curry Dentistry team partners with patients to determine which procedures are covered by their insurance providers and offers in-office financing when needed.

Click here to learn more about your Dentist Dr. Curry DMD and his team. We Make Healthy Smiles!

With guidance from Dr. Stuart and his staff, the risk of cavities, gingivitis, periodontitis, and secondary problems can be substantially reduced. The office offers the following preventive practices:

improves and enhances the appearance of your smile while complementing your overall oral health. Dr. Stuart specializes in the following cosmetic practices and treatment plans:

Our skilled dentists in Fairfield are not only excellent doctors but also compassionate people. Our dental team is committed to making you feel at ease from the moment you walk into our office. We offer a comprehensive list of dental services that can help you regain the confidence of your smile in no time. So what are you waiting for? Book your appointment today and start smiling brighter tomorrow!

Life Is Good In Fairfield, AL

Located in western Jefferson County, Fairfield, Alabama, is a city of more than 11,000. It is part of the Birmingham metropolitan area and was originally named Corey, after a US Steel executive. In 1913, officials decided to rename the town after James A. Farrell, a native of Fairfield, Connecticut. The dedication ceremony was held in front of former President Theodore Roosevelt. In the 1950s, Fairfield’s population grew rapidly. In 2010 the population was recorded at 11,117.

The City is also home to Miles College, a historically black college that was founded in 1898. The college is operated by the CME Church. The college’s historic district includes Parham Apothecary Building, which was built in ca 1925.

The city is home to one of the largest remaining steel operations in the south. The Fairfield Works produces tubular steel products. There are also several specialty stores in the Western Hills Mall. This shopping center also features fast food restaurants.
Fairfield is also home to several private religious based institutions. Collectively, the institutions serve 350 students

There are many attractions and activities that make Fairfield, Alabama, a great vacation spot. Some of these attractions include the Bessemer Hall of History, which is home to the cell block door from Martin Luther King Jr.’s office, as well as the Hitler typewriter from World War II. 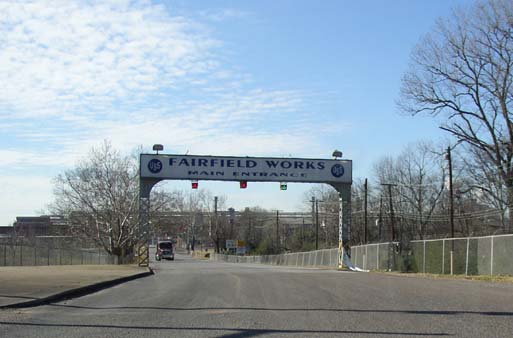