Stuart Curry Dentistry offers services in preventive dentistry, cosmetic dentistry, restorative dentistry, and implant dentistry to the community of Chelsea, AL. The patient’s comfort and ease are the primary focus of Dr. Stuart’s practice. The office works with patients to develop and implement a treatment program of optimal dental health with a functional, beautiful smile. The Stuart Curry Dentistry team partners with patients to determine which procedures are covered by their insurance providers and offers in-office financing when needed.

Click here to learn more about your Dentist Dr. Curry DMD and his team. We Make Healthy Smiles!

With guidance from Dr. Stuart and his staff, the risk of cavities, gingivitis, periodontitis, and secondary problems can be substantially reduced. The office offers the following preventive practices:

improves and enhances the appearance of your smile while complementing your overall oral health. Dr. Stuart specializes in the following cosmetic practices and treatment plans:

Our skilled dentists in Chelsea are not only excellent doctors but also compassionate people. Our dental team is committed to making you feel at ease from the moment you walk into our office. We offer a comprehensive list of dental services that can help you regain the confidence of your smile in no time. So what are you waiting for? Book your appointment today and start smiling brighter tomorrow!

Life Is Good In Chelsea, AL

During a trip to Alabama, you are bound to come across a town that is not on your radar. Chelsea is situated in the state’s north-central Shelby County. It takes about 30 minutes to get there from downtown Birmingham. The city has a population of around 3,000 people. There are several schools within the city limits. The Shelby County Board of Education is in charge of the schools.

The motto of the City of Chelsea is All About Family. On March 1, 1996, the city was incorporated. A few years later, Chelsea voters approved a sales tax increase to cover the cost of school maintenance. The city has expanded rapidly and now has a population of over 3,000 people. Between Birmingham and the Talledega National Forest, the city is located.

This is an ideal location for outdoor enthusiasts as the weather is mild in the winter and very hot and humid during the summer months. The Birmingham metro area is home to some of the best shopping and dining in the state. The city also has its fair share of museums and attractions, including the Bragg-Mitchell Mansion. Alabama is also home to several nature reserves, including the Bon Secour National Wildlife Refuge, home to migratory birds and sea turtles.

The City of Chelsea also has a Facebook page, a great place to start learning about the city’s history. Chelsea Alabama Neighborhood Watch is a Facebook group run by local business owners. The group is dedicated to disseminating information about local events and activities that may be of interest to both locals and visitors. There are also several links to additional city information.

In addition to the City of Chelsea’s Facebook page, you might be interested in following them on Twitter. A number of photos of the city and schools can be found on the city’s Twitter page. The Twitter page also includes links to historical information about the city. In addition, there is a list of links to information about the city’s neighborhoods on the Twitter page. Oak Mountain, Westover, and the Westover Medical Center are among the city’s neighborhoods. The neighborhoods contain a mix of older and newer homes. Several of the communities are situated along the US Highway 280 corridor. The Shelby County Chamber of Commerce is also located in the city 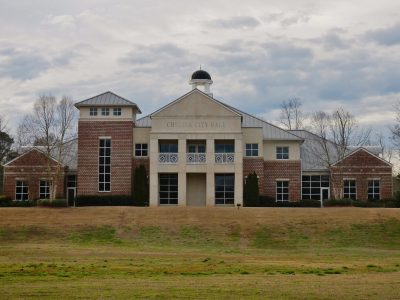